This practice, known as “Snowshoeing” is defined as spreading similar or identical messages across many phone numbers with the intent or effect of evading unwanted messaging detection and prevention mechanisms. Carriers are beginning to crack down on this practice. It is not considered snowshoeing unless you are intentionally spreading the same or similar message across more numbers than you need to evade detection/filtering, or to dilute a numbers reputation, ie. to keep it from being marked as ‘spam’ by the carriers.

Our platform does have a number rotate/pooling feature, but with that feature is a Geomatch option. You could use Area Code Geomatch with multiple numbers to create localized experiences so that contacts are receiving messages only from a number of the same area code. This example would NOT be considered snowshoeing.

In our recent release on Nov 30, we have added a permission from the admin panel that will allow you to give access to your users the number pooling/rotate feature found inside the Bulk SMS module. You may choose to disable this feature unless there is a valid use case the client has for rotating numbers like Geomatch or if the client registers multiple local numbers to use for 10DLC.

The best way to experience the platform is to take it for a test drive. 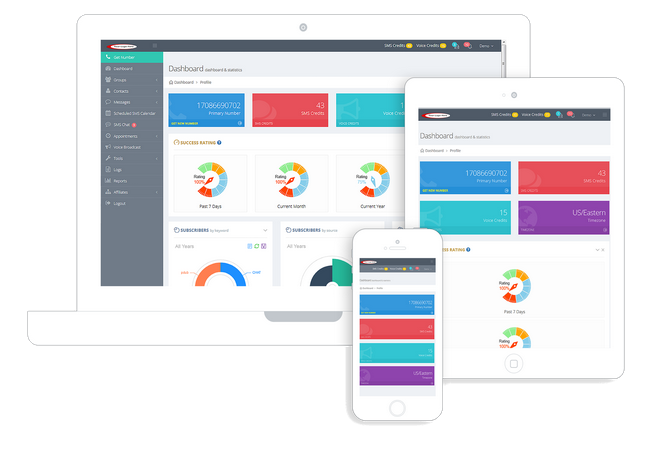 All Managed VPS servers are 15% off lifetime for certain plans! Experience the flexibility and power of a dedicated server at a fraction of the cost!

We are compensated for any hosting plans signed up through our links.
We use cookies on our website to give you the most relevant experience by remembering your preferences and repeat visits. By clicking “Accept All”, you consent to the use of ALL the cookies. However, you may visit "Cookie Settings" to provide a controlled consent.
Cookie SettingsAccept All
Manage consent

This website uses cookies to improve your experience while you navigate through the website. Out of these, the cookies that are categorized as necessary are stored on your browser as they are essential for the working of basic functionalities of the website. We also use third-party cookies that help us analyze and understand how you use this website. These cookies will be stored in your browser only with your consent. You also have the option to opt-out of these cookies. But opting out of some of these cookies may affect your browsing experience.
Necessary Always Enabled
Necessary cookies are absolutely essential for the website to function properly. This category only includes cookies that ensures basic functionalities and security features of the website. These cookies do not store any personal information.
Non-necessary
Any cookies that may not be particularly necessary for the website to function and is used specifically to collect user personal data via analytics, ads, other embedded contents are termed as non-necessary cookies. It is mandatory to procure user consent prior to running these cookies on your website.
SAVE & ACCEPT